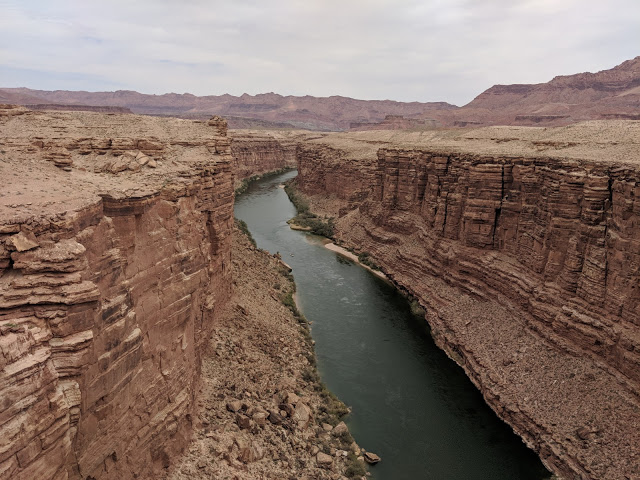 After leaving the  Zuni Mountains I had my sights set on the North Rim of the Grand Canyon. While I was riding in the Zuni Mountains a couple that I had met on the trail recommended the Rainbow Ridge Trail that skirts along the edge of the north rim of the Grand Canyon. Doing some research on the trail it looks spectacular. So I called the ranger station and they said that they had no reports of getting out there this early in the season but could be possible. When I arrived in the area the highway was closed that gives access to the dirt road out to the trail system so I was unable to ride the Rainbow Ridge trail but still made do. The picture above is outside at Marble Canyon Crossing the Colorado River just before the Grand Canyon starts. It was a spectacular drive from Flagstaff to the North Rim.

AZT trail markers! I ended up camping just outside of Jacob Lake Arizona at this beautiful free Campsite in the Kaibab National Forest. I was able to still get some riding in and found I was situated right next to the Arizona Trail and spent two days exploring two different segments of the trail. I really wish I would have brought my bike packing gear because I could have made a two-day trip out to the north rim of the canyon and really wanted to see see it. Oh well next time.

Here I am cruising along the section of the Arizona Trail that is 50 miles north of the Grand Canyon there was a lot of double track and some raw single track. . 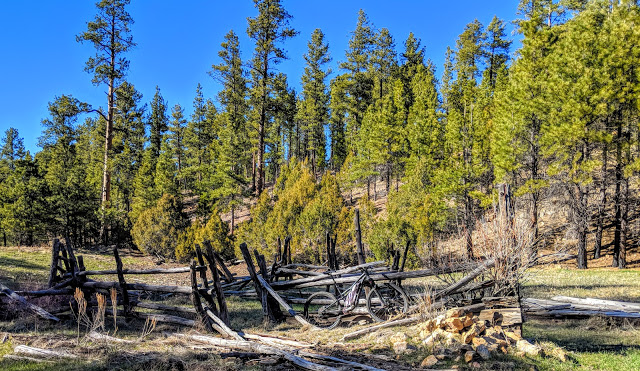 Remnants of an old ranch that made for a good photo spot. 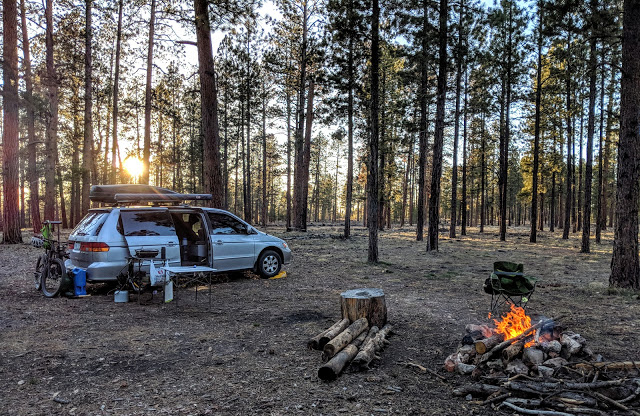 And here’s my lovely camp situated in the ponderosa forest. I stayed here for 4 days and truthfully it was fairly cold it never got above 45 degrees. The lows in the morning we’re down to 20. It made for some chilly nights but I was able to stay comfortable and warm with my van setup. There was plenty of fire wood and conditions were  safe to have a good camp fire to keep me company.